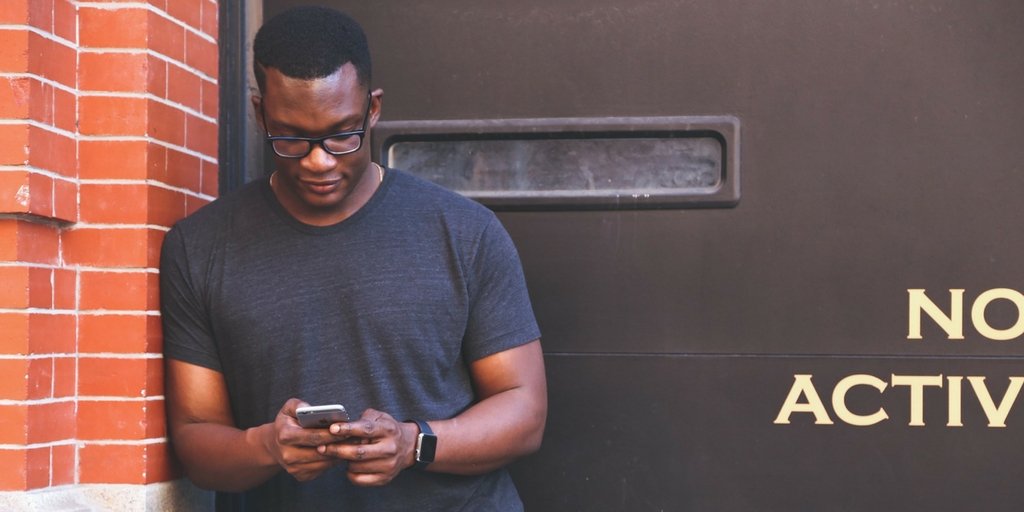 Twitter is a powerful tool. I almost always recommend that businesses start out with Twitter when it comes to social media. But like any tool, Twitter is only powerful if you know how to use it.

Over the years, I’ve discovered a number of game-changing hacks that will take your Twitter game to the next level. These small tweaks—on top of all the good stuff you’re already doing—can have a tremendous impact on your business’s bottom line.

1. Pin a Tweet to the Top of Your Profile

Since April 2014, Twitter users have the ability to pin a tweet to the top of their profile page—but most people haven’t caught on yet! This is actually a very valuable feature. Regardless of when someone visits your profile, they’ll be able to see one of your best tweets and immediately know what you’re all about.

Not all tweets are broadcast tweets. I spend a lot of time replying to other people, live-tweeting events, and sharing more personal tweets. I spend even more time sharing highly valuable business and marketing content, but if you happened upon my profile right after I participated in a Twitter chat, you wouldn’t know that. All you would see are those conversations flooding my profile feed.

That’s why it’s so valuable to utilize the pinning feature. If new Twitter followers could only see one tweet, what would you want it to be? Pin that tweet to the top so they always will. I’ve pinned a tweet with a link to this post!

2. Don’t Start Tweets With An @ Symbol

This tip has been shared many times before, but since even Twitter veterans still make this mistake, it bears repeating.

Unless you’re having a conversation with someone, do not start your tweets with @username.

Although these tweets show up in your profile feed, they will not show up in the feeds of your followers (unless they happen to be following the user you mentioned). Twitter does this to filter out conversation clutter. It assumes that if you are having a direct conversation with someone else, most people won’t want to follow your conversation—unless they know both of you. That’s why it gets filtered out.

However, if you want to tweet about another user such that all your followers can read it, you’ll have to move the @username away from the beginning of the tweet. So instead of tweeting, “@ccampb85 has a really great blog – you should check it out!” (only people who follow both of us would see it), you’d want to tweet, “I really like @ccampb85’s blog – you should check it out!” (everyone following you would see it).

If this is confusing, I recommend checking out Gary Vaynerchuck’s slideshow on the topic. He does a great job of explaining it!

3. Include a Link in Your Bio Copy – Not Just the URL Section

Most people include a link to their website in their profile where it says URL (although some people even forget to do this!). The thing is, when users search profiles on Twitter, this link won’t show up.  For example, when I search users for the word marketing on Twitter, one of the first profiles listed is Ad Age, as seen below. They did include a link to their website in the URL section, but it’s not visible here.

Instead, they should also include a link in their bio section. Most people will not click through to the extended profile. They will either click Follow, click through to a link if there’s one in the bio, and if you’re really lucky, both. If there’s no link to your site in your bio, you’re losing out on free traffic. See below, where Chris Brogan does it right.

It only requires a few lines of code on your site, and you can choose which Twitter Card will work best. Instructions can be found at the bottom of this page.

If you have a global audience, @Google‘s tips for internationalizing homepages is worth reading: http://t.co/muSOLxBLEd

Twitter Cards have another use beyond displaying your website content in a better way. Twitter Cards can also be used to collect email addresses. Typically, this is set up during a promoted tweet campaign, when a business is paying to advertise on Twitter and collect more leads. Promoted tweets with Twitter Cards tend to perform very well because they make it easy for users to opt-in. They don’t have to enter their email address manually, they simply need to consent with one click, and Twitter will pass the information along.

Now here’s the secret most people aren’t aware of. You can create a Twitter Card that collects email opt-ins for free. You’ll have to create it through the ad manager, but once it’s created, you can use it without paying to promote it. This is very valuable because you’re decreasing the barriers involved with collecting email addresses. Your followers won’t need to click through to your website or enter their email address. They can opt in without leaving Twitter.

You can send these tweets out to all of your followers, or send them as a reply anytime anyone shares your content or says something positive about your business. Here’s a great guide with instructions on setting up Email Twitter Cards for free. There are a few steps involved, but it’s pretty easy to do.

6. Don’t Hashtag Words In A Sentence

Another common mistake that MANY Twitter users make is overdoing it with hashtags. This is bad for readability and it’s just plain annoying. Don’t get me wrong, hashtags are hugely valuable—they open your tweets up to an audience far larger than your own—but it’s important to understand how they work. Any word included in a tweet is searchable, regardless of whether or not there is a “#” in front of it. Hashtagging words in the middle of a sentence adds no value and it’s distracting. If you want people searching for “Toronto” on Twitter to find your tweet, you don’t need to write, “The traffic in #Toronto is horrible today”. You can just write, “The traffic in Toronto is horrible today” instead.

This is what a #tweet with too many #hashtags looks like. It’s bad for #readability and doesn’t #improve #search. — Casandra Campbell (@ccampb85) July 16, 2014

Where hashtags do come in handy is when the word you want to be searchable is not included in your sentence. For example, “Traffic is horrible on Lakeshore – avoid it if you can! #Toronto”. There, the hashtag provides context and makes your tweet searchable for anyone looking for information about Toronto—even though it wasn’t a part of your sentence.

Hashtags are a way of adding relevant keywords to the end of a tweet. #marketing #socialmedia #twittertips

7. Keep Your Tweets to 120 Characters

If you’ve been using Twitter for even a few hours, you’ve probably figured out that you’re allowed 140 characters per tweet. It can be easy to max that out. I know I often spend time finding ways to shorten tweets to get them under the prescribed 140 characters! However, you’ve probably also noticed that people retweet a lot of stuff, and you’d probably like them to retweet some of your stuff once in a while too.

Make it easy for other people to retweet you by keeping your to tweets to 120 characters. It’s common for people to add a little bit of commentary at the beginning of a retweet and they need a few characters to do so!

8. Track Your Mentions the Right Way

Unless you’re totally new to Twitter, you’ve probably got a good idea what a “mention” is. When someone includes your handle in their tweet, it shows up in your notifications tab. But these likely aren’t the only mentions you’re getting. There’s a good chance people were talking about your business before you were even on Twitter. They would have simply tweeted your business name without including your handle. Many people are probably still doing this.

You should be aware anytime someone is talking about your brand online. These “mentions” could be complaints you need to address, questions you should answer, or even testimonials you’ll want to collect!

So how can you find them if you haven’t been officially mentioned? It won’t show up in your notification tab but you can search for tweets with your business name in them. You’ll have to keep searching on a regular basis, though.

There are also a number of services that can track these mentions for you. Many third-party Twitter tools include this as a standard feature. My personal favorite is Sprout Social. It tracks mentions of my brand (and anything else I tell it to track), including shares of my domain. That makes it easy for me to find out who’s sharing my stuff or talking about me. It will show up automatically in my inbox—along with all my official mentions.

All of these tips can be implemented in less than an hour. With the exception of Twitter Cards, each individual hack takes a maximum of 5 minutes—many are just changes in how you tweet. Commit one hour in the next week to following through with all these tips. The impact on your business will be worth much more!

Have I missed anything? What are your most valuable Twitter tips? Let me know in the comments!

This site uses Akismet to reduce spam. Learn how your comment data is processed.